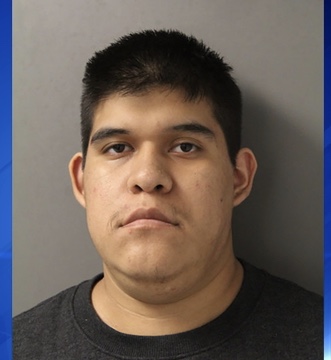 September 29, 2019 The man accused of driving an SUV through the Woodfield shopping mall in Schaumburg 9 days ago has been charged with terrorism. He also faces a felony count of criminal damage to property.

Javier Garcia, 22, is facing state terrorism charges in connection with an incident in which he drove a black SUV into Woodfield Mall last week, authorities announced on Sunday. Garcia will appear in bond court later today.

Surveillance footage shows Garcia inside Woodfield mall shortly before the crash, yet Schaumburg Police repeatedly argued there was no indication the attack was pre-planned. Authorities believed the driver had a medical issue.

Police have still not released a motive for the attack.

The ease in which Garcia was able to drive the SUV through Woodfield mall thrust the
shopping mall’s security into the spotlight.

While many of Woodfield mall’s entrances have security barriers or bollards that would block a car from coming through, none were directly in front of the lower-level Sears entrance.

Woodfield mall issued a statement last week saying the lack of barriers outside the Sears entrance was a decision by the retailer, not the mall.

Schaumburg Mayor Tom Dailly said last week the village will demand all entrances to Woodfield Mall feature protective barriers to prevent cars or trucks from crashing into the shopping mall.

Since the creation of the U.S. Department of Homeland Security, billions of dollars in DHS grants have been awarded to state and local governments across the country. County and local law enforcement agencies have the discretion to spend the grants on privately owned public space.

In an interview in 2008, then Bloomington, Minnesota Police Chief, John Laux said he used part of the DHS grant money allotted to his city to install bollards outside the Mall of America, the largest shopping mall in the country. Where there is a credible threat—there is an obligation.

Worldwide, shopping malls have long been a favorite target of terrorists. Since 9/11, U.S. law enforcement agencies claim to have disrupted several plots in the planning stages.

Government agencies generally do not favor releasing such critical information, because they don’t want to alarm public—due to the potential harm it may cause the U.S. economy.

In 2015, al-Shabaab, an al-Qaeda affiliated terrorist group released an online video calling for attacks on Western shopping malls. The Mall of America in Bloomington, Minnesota is mentioned specifically in the video.

The U.S. Department of Homeland Security notified the local police in major cities,
including Chicago and New York about the al-Shabaab threat.

According to the U.S. Department of Homeland Security, al-Shabaab has successfully recruited more American citizens than any other terrorist organization, the majority from a small Minnesota town. The group’s capability to carry out large scale attacks on soft targets such as shopping malls and hotels is well established.

In September 2013, al-Shabaab launched a brazen attack on the upscale Westgate Shopping Mall in Kenya that killed 71 innocent people and injured hundreds more.

Prosecutors have been for the most part reluctant to charge individuals under state terrorism laws. Rather than charging domestic terrorists under relatively new statutes that lack precedent, prosecutors often opt for well established laws such as murder or attempted murder.