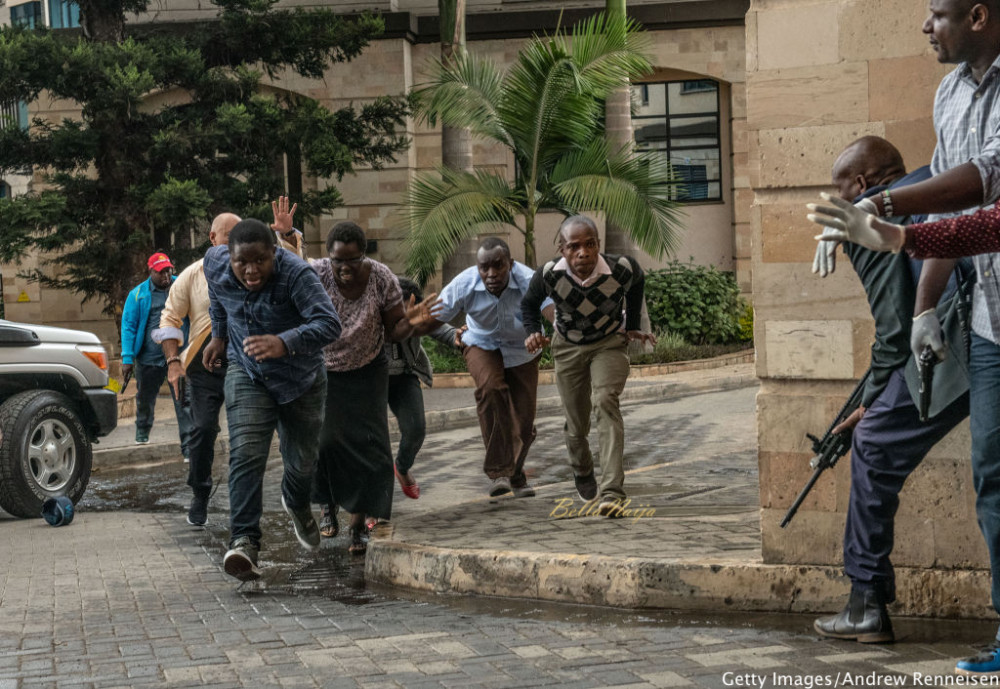 UPDATE 4: An American is one of 14 victims killed in #hotelattack in #Kenya.

UPDATE: At least one person was confirmed killed and 15 wounded in the assault in the Kenyan capital,  but Kenyan police expect the death toll to climb

January 15, 2019 Al-Shabab has claimed responsibility for Tuesday’s terrorist attack on a hotel in Nairobi, Kenya.

According to the SITE Intelligence Group, the official news agency of the terrorist organization, a spokesperson for al-Shabab said it was behind the attack on the DusitD2 hotel and office compound in the Nairobi suburb of Westlands.

Kenyan police confirmed the attack and advised motorists to use alternative routes.

During a news conference Tuesday afternoon, Inspector General of Kenya‘s national police service Joseph Boinnet told reporters the assailants are still holed up inside the DusitD2 hotel inside the complex.

“We are aware that armed criminals are holding up in the hotel and specialist forces are now currently flushing them out,” Boinnet said. “However, we regret to inform that there have been injuries in the attack and we are in the process of confirming the numbers and types of injuries incurred.”

Heavy gunfire and an explosion sent people frantically running from the complex. Footage from the scene showed armed officers escorting office workers and several injured people to safety as the sounds of shots rang out. Cars in flames were captured by helicopter crews overhead.

Al-Shabab aka al-Shabaab is an al-Qaeda affiliated terrorist organization based in Somalia. In recent years, the FBI has closely monitored al-Shabaab’s active terrorist cells in the United States. According to the U.S. Department of Homeland Security, al-Shabab has successfully recruited more American citizens than any other terrorist organization, the majority from a small Minnesota town. Al-Shabaab was responsible for the attack on the upscale Westgate Mall in Kenya in September, 2013, that killed  71 innocent people and injured hundreds more.

Al-Shabab was responsible for the April, 2015 deadly terrorist attack on a university in Kenya that killed at least seventy people and injured dozens more.

Tuesday’s attack comes on the third anniversary of the El Adde attack in Somalia by al-Shabab that killed 250 Kenyan soldiers.

Check back for details in the Kenyan hotel attack.