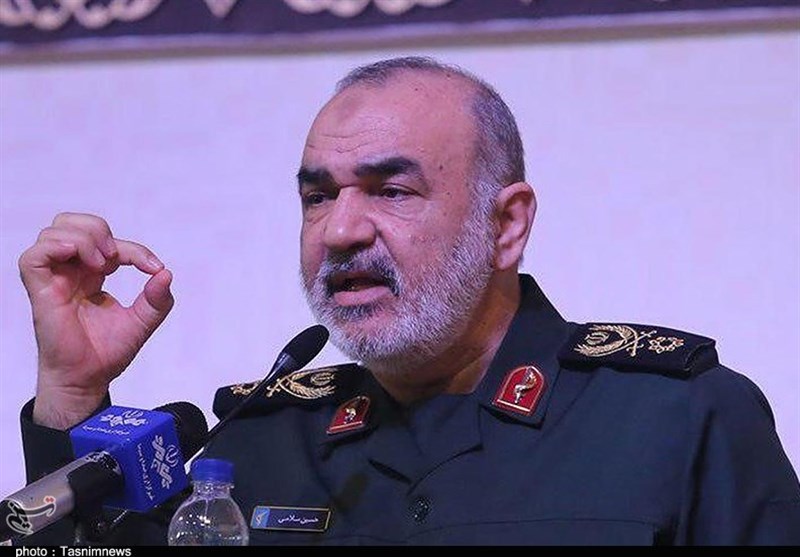 June 20, 2019 An Iranian military leader issued a direct threat against the United States after the country’s elite Revolutionary Guard shot down a Navy drone on Thursday.

General Hossein Salami, commander of Iran’s Islamic Revolutionary Guard Corps, issued a strongly worded threat to the U.S. after the drone was shot down.

“Shooting down the American spy drone had a clear, decisive, firm and accurate message,” he said, translated from Farsi. “The message is that the guardians of the borders of Islamic Iran will decisively respond to the violation of any stranger to this land. The only solution for the enemies is to respect the territorial integrity and national interests of Iran.”

A U.S. assessment blamed Iran for last week’s attack on two Japanese oil tankers near the Strait of Hormuz. Since then, evidence of aggression against foreign interests—including the United States continues to mount. The Pentagon on Sunday said Iran attempted to shoot down a U.S. Reaper drone flying over one of the oil tankers in the Gulf of Oman. U.S. military officials also linked Iran to a separate missile attack in Yemen earlier in June that hit another Reaper drone and forced it to crash.

Tension continues to build between the U.S. and Iran governments over the crumbling nuclear deal with world powers. In 2015, the Joint Comprehensive Plan of Action, known commonly as the Iran nuclear deal was signed between Iran and six world states including Germany, France, Britain, Russia, China and the United States. President Trump pulled the U.S. out of the accord in May, restoring American sanctions that have pushed Iran’s economy into crisis. On Monday, Iran warned it would begin enriching uranium at higher levels on June 27th, if world powers failed to negotiate new terms for the nuclear deal.

In April, the United States designated Iran’s Revolutionary Guard Corps a foreign terrorist organization. Global security experts warned that
the unprecedented move against a foreign government could prompt retaliation and make it harder for American diplomats and military officers to work with allies in the region.

CNBC News reports that global concern over a military confrontation between the United States and Iran in part caused a nearly 3 % increase in oil prices on Thursday.

Last week, President Trump addressed growing global concerns that Iran might make good on threats to close off the Strait of Hormuz—a move that could cripple some countries economy. Trump downplayed the threat to Fox News, saying if it happens “it’s not going to be closed for long.”