America: A gold star on your driver’s license is not an upgrade 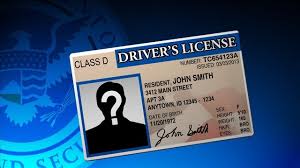 February 2, 2012 In a letter addressed to U.S. Department of Homeland Security (DHS) Secretary Janet Napolitano, Rep. Justin Amash (R-MI) urged Napolitano to reverse the new REAL ID law mandating U.S. states to implant radio frequency identification (RFID) chips into state driver’s licenses. In States that are not “substantially compliant” by the deadline, the state’s residents would need a passport to board a U.S. flight.

On Feb 16, 2011, a vote on proposed bill HB0099 by the Illinois legislature to create the REAL ID Compliant Identification Cards Act resulted in Motion Do Not Pass State Government Administration Committee; 014-000-000. The proposed legislation sponsored by Rep. Lou Lang, Rep.William stated in part that if citizens chose not to accept the REAL ID:

“The chips would give public and private entities an unprecedented ability to track Americans,” said Amash. “RFID’s can be read using widely available technology, including technology contained in mobile phones, which increases the risk of identity theft. Furthermore, if RFIDs were to become ubiquitous, there is little doubt that private entities would deploy new technology to capture the chips’ data.

Using a RFID reader purchased from eBay (or anywhere they are sold) and a magstripe reader/writer, hackers demonstrated how easy it is to complete several transactions on a credit or debit card while it is still in unsuspecting victims pocket, before the bank catches on and contacts the victim.

“Individuals with a driver’s license from a state that is not materially compliant with Real ID would need to go through a secondary screening” at airports, Wendy Riemann, Sensenbrenner’s communications director, told CNET. “I’m told this is what happens now if you were on vacation and lost your wallet and had to board a plane.” Riemann declined to answer what would happen inside federal buildings and courthouses, saying “I’m not about to get into hypotheticals.”

House Republican chairs reacted angrily to the news of the third delay to date. In a statement, Rep. Sensenbrenner (R-Wisc.) said:

After the deadline, REAL ID laws will prohibit federal agencies from accepting non-compliant driver’s licenses and state ID’s as identification when boarding commercial aircraft, accessing Federal facilities, or entering nuclear power plants–unless the license or card is issued by a state that meets the requirements set forth in the Act. Title II of Division B of Public Law 109-13, codified at 49 U.S.C. 30301 note. An official Revision of the Minimum Standards for Driver’s Licenses and Identification Cards Acceptable by Federal Agencies was published in Federal Register Volume 76, Number 137 (Monday, July 18, 2011)

“The regulations include new information reporting and record keeping requirements for states seeking a full compliance determination by DHS. States seeking full compliance determination must certify that they are meeting certain standards in the issuance of driver’s licenses and identification cards and submit security plans covering physical security of document production and storage facilities as well as security of personally identifiable information. 6 CFR 37.55(a). States also must conduct background checks and training for employees involved in the document production and issuance processes and retain and store applicant photographs and other source documents. 6 CFR 37.31 and 37.45. States must recertify compliance with REAL ID every three years on a rolling basis as determined by the Secretary of Homeland Security.”

The final House Bill (H R 418) REAL ID Act passed on February 10, 2005 by one hundred votes, 261 to 161. In recent years, both Democratic and Republican Senators, including several who originally voted in favor of the REAL ID Act, have called to repeal the law.

Critics refer to the REAL ID as the ‘National ID card,’ have expressed concerns about the multi billion dollar price tag for state governments. Others worried about the mandate’s privacy and civil liberties implications. The vulnerabilities to ICS computer networks compromising the personal information of Americans and State secrets occur almost daily.

The classic Federal vs. State supremacy power struggle is detailed in “Identity Crisis: How Identification Is Overused and Misunderstood,” authored by Jim Harper, director of information policy studies at the free-market Cato Institute and a member of the Department of Homeland Security’s Data Privacy and Integrity Advisory Committee. In the book, Harper contends that the U.S. national identification card, created by Congress in the REAL ID Act, is a poor way to secure the country or its citizens. “The REAL ID Act represents a transfer of power from individuals to institutions, and that transfer threatens liberty, enables identity fraud, and subjects people to unwanted surveillance, Harper said.”