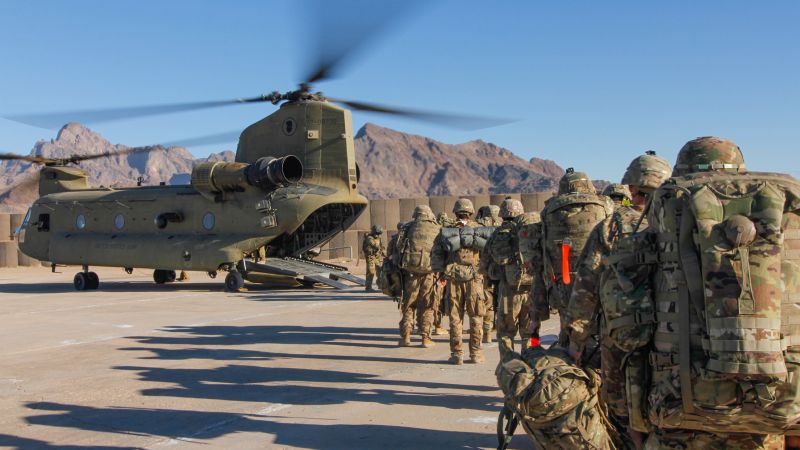 June 17, 2019 The Pentagon announced plans to deploy about 1,000 additional American troops to the Middle East to address the growing threat posed by Iran.

A spokesman for Iran’s atomic agency warned Iran could enrich uranium up to 20 percent — just short of weapons grade levels.

Last month, National Security Adviser John Bolton announced the United States was deploying an aircraft carrier, bomber planes, and anti-missile batteries to the Persian Gulf in response to “a number of troubling and escalatory indications and warnings” of threats from Iran.

Tensions have continued to rise since President Trump withdrew the United States from the 2015 nuclear deal between Iran and world powers, restoring American sanctions that have pushed Iran’s economy into crisis. In May, Iran warned it would begin enriching uranium at higher levels in 60 days if world powers failed to negotiate new terms for the deal.

Deputy head of the Atomic Energy Organization of Iran, Behrouz Kamalvandi made the announcement on Monday just before a scheduled meeting of EU foreign ministers in Brussels, putting more pressure on Europe to come up with new terms for Iran’s 2015 nuclear deal.

The war of words continues between the United States and Iranian governments after an attack on two oil tankers Thursday near the Strait of Hormuz. Last week, Iran accused the U.S. of waging a ‘Iranophobic Campaign’ and President Trump called Iran a “state of terror.”

A U.S. assessment blamed Iran for Thursday’s attack on two Japanese oil tankers near the Strait of Hormuz. A video released the U.S. military on Friday purportedly shows Iran’s Revolutionary Guard removing an unexploded limpet mine from one of the oil tankers targeted, suggesting Tehran wanted to hide evidence of its alleged involvement. Since then, evidence of aggression against foreign interests—including the United States continues to mount. The Pentagon on Sunday said Iran attempted to shoot down a U.S. Reaper drone flying over one of the oil tankers in the Gulf of Oman. U.S. military officials also linked Iran to a separate missile attack in Yemen earlier in June that hit another Reaper drone and forced it to crash.

President Trump addressed growing global concerns that Iran could make good on threats to close off the Strait of Hormuz—a move that could cripple some countries economy. Trump downplayed the threat to Fox News on Friday, saying if it happens “it’s not going to be closed for long.”

The Strait of Hormuz separates Iran to the north and the Musandam Governorate of Oman and the United Arab Emirates to the south. It provides the only sea passage from the Persian Gulf to the open ocean and the world’s most strategically important maritime choke point and a main artery for the transport of oil from the Middle East. Approximately 22.5 million barrels of oil a day passed through the Strait of Hormuz on average since the start of 2018, according to Vortexa, an energy analytics firm. That’s roughly 24% of daily global oil production, and nearly 30% of oil moving over the world’s oceans.

2 thoughts on “US Sending More Troops to Middle East”