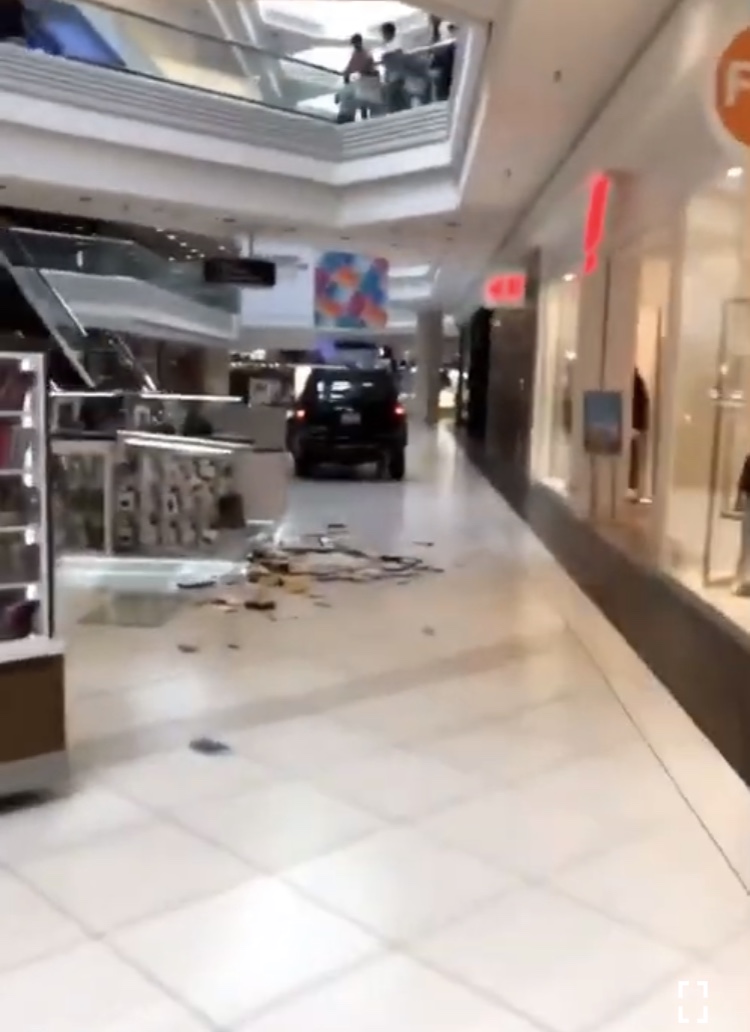 UPDATE: A CBS News reporter that arrived at Woodfield Mall in Schaumburg moments ago saw several people talking to police and others appear to be receiving medical attention.

September 20, 2019 Schaumburg Police responded to calls that a vehicle plowed into a store at Woodfield Mall Friday afternoon. A black SUV crashed into a storefront and then kept going into the shopping mall. There are no reports of injuries.

Witnesses told WGN they saw a black SUV driving through the shopping mall in Schaumburg around around 2:30 p.m., striking kiosks. The incident took place on the lower level of the mall.

A video posted to Twitter shows a black SUV driving past a Forever 21, and people running away. Witnesses say the driver was taken into police custody. A witness described the driver as “younger.”

Schaumburg Fire emergency crews are on the scene. Stores in the mall were placed on lockdown. No motive for the crash has been established, but the crash appeared to be deliberate.

The FBI Chicago field office said they are aware of the incident and are assisting local law enforcement. They said there was no threat to public safety.

Worldwide, shopping malls have long been a favorite target for terrorists and several attempts have been interrupted in the U.S. and several plots have been uncovered in the planning stages.

Since the terrorist attacks on September 11, 2001, several homes of suspected terrorists raided by the U.S. government have uncovered detailed plans to attack U.S. shopping malls including photographs, maps and architectural plans.

In 2006, a terrorist plot targeting CherryVale Mall in Rockford, Illinois was foiled that was to occur during the Christmas season.

Increasingly, terrorists have favored vehicles as weapons to carry out attacks. In the last decade, vehicular attacks have been carried out around the world, including in the United States, Israel, France and Canada.