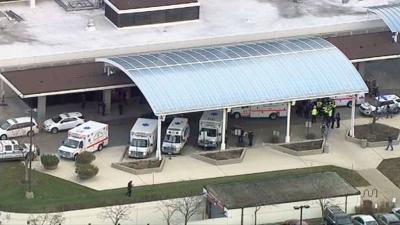 November 19, 2018 A shooting at a Chicago hospital Monday afternoon injured several people —including a Chicago police officer and a gunman.

A gunman opened fire at Mercy Hospital on Chicago’s near South side late Monday afternoon wounding at least four people, including a police officer and a hospital employee.

Chicago Police Department spokesman, Anthony Gulielmi said
the gunman is dead. It is unclear if the gunman was killed by police or took his own life.

ABC 7 Chicago reports that one of of the shooting victims shot in the parking lot was a doctor at Mercy Hospital reporting to work, and was shot by her former fiancé.

Increasingly, hospitals across the United States are participating in active shooter drills. The U.S. Department of Homeland Security offers resources to better prepare the community to reapond to an active shooter situation.