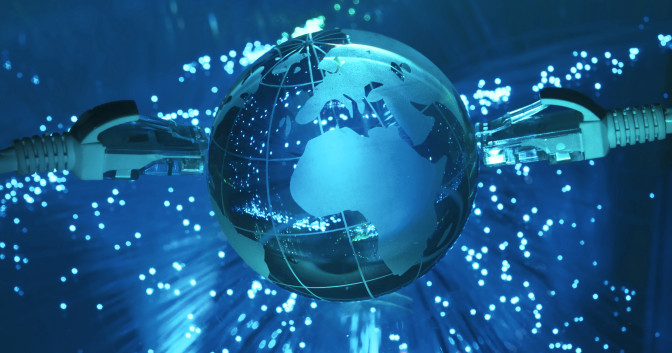 Oct 15, 2012 October is National Cyber Security Awareness Month and the Information Security Forum (ISF) has launched an online initiative known as “Benchmark as a Service” (BaaS) which allows businesses, even non members to evaluate their cyber-security resilience and compare their security status against other organizations with similar profiles.

Research indicates that in addition to the growing bring-your-own-device (BYOD) trend, in which employees use their smart phones for both business and personal use, corporate security is being further complicated by another emerging trend – bring your own network (BYON).

An estimated three-quarter of smart phone users have a social network set up, often with enough personal information to make identity theft fairly easy for cyber-criminals or cyber terrorists.

The results of a semi-annual survey by the Wireless Association in 2011 evidenced that for the first time ever the number of wireless connections is greater than the number of people in the United States. The survey results revealed that what some cyber security experts predicted would soon happen, a “two-smart phone future” – had already occurred.
For several years, Eugene Kaspersky, CEO of Russia-based Kaspersky antivirus software predicted mid to large size business employees will routinely carry and use of two sets of computing devices, one for company use, and another for personal use.

The increasingly wireless phone only era has created several cyber security challenges for both the private sector and the public sector, including Homeland Security and emergency preparedness agencies.

Americans that rely solely on wireless phones should check with their local emergency preparedness departments to see if it’s “Reverse 911” communication systems can incorporate cell phones. The service allows officials to contact residents in case of an emergency.

For both the private and public sector, cyber security experts say policies prohibiting workers from having corporate data on their personal device won’t work anymore than would telling them they cannot take work home to finish up a project. Rather, businesses and government employers should focus on educating workers on the importance of securing mobile devices.