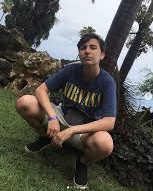 June 21, 2019 Court documents in last month’s shooting at a STEM school in Highland Ranch, Colorado reveal that one of two shooters said he carried out the attack after being repeatedly bullied over gender identity.

Two students stormed the school and opened fire at STEM School in Highland Ranch, Colorado outside of Denver, killing one and injuring 8 others.

According to unsealed court documents, one of the shooters, identified as 16-year-old Alec McKinney told police that he planned the May 7, 2019 attack for weeks and intended to target classmates who repeatedly mocked his gender identity.

McKinney, the leader of the shooting attack, enlisted 18-year-old Devon Erickson in the plan to kill the students who bullied McKinney, who identifies as male. Born a female, Maya McKinney uses the name Alec McKinney. McKinney is reportedly transgender and transitioning from female to male.

McKinney told police he threatened Erickson with an ax to get him to help open a gun safe using the ax and a crowbar. Both teens are charged with murder and attempted murder in the shooting. Neither suspect has entered a plea, and their attorneys opposed the unsealing of records associated with the criminal cases.

McKinney told police he wanted the kids at the school to experience bad things, and to have to suffer from trauma like he had had to in his life. Court documents said McKinney said:

“[He] wanted everyone in that school to suffer and realize that the world is a bad place.”

Both shooters told police that they broke into a gun safe at one of the teenager’s homes before walking into the STEM School Highlands Ranch with a guitar case and a backpack concealing four guns.