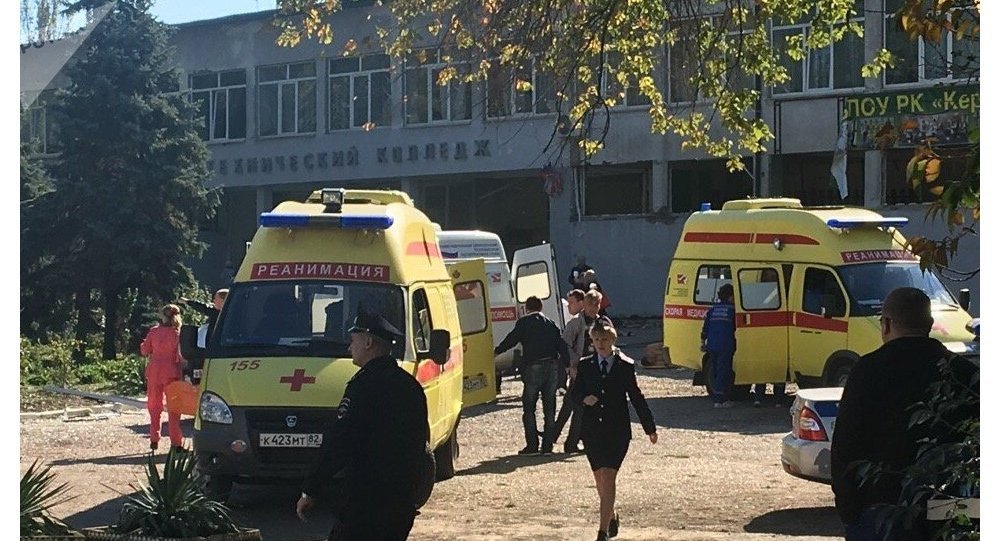 October 17, 2018 A nineteen year old student opened fire on classmates on Wednesday at Polytechnic College in Kerch, Crimea killing 19 students and wounded at least 53 others before turning the gun on himself.

Russian authorities have not yet established a motive for the shooting attack by a nineteen year old gunman, identified as Vladislav Roslyakov, described by fellow students as a shy loner. Russia’s Investigative Committee, the nation’s top investigative agency said school security cameras showed Roslyakov calmly walking down the stairs of the school in the Black Sea city of Kerch, with a shotgun in his gloved hand.

The Washington Post reports that Crimea’s regional chief, Sergei Aksyonov, told the state news channel Rossiya-24 that 53 people were wounded in the Kerch attack, 12 of whom are now in serious condition. The gunman’s mother, a nurse at a local hospital was treating wounded students was unaware that her son was the suspected gunman.

Russia is known for its strict gun laws and mass shootings like Wednesday’s are rare. Wednesday’s massacre is the most violent at a school in the country in nearly 15 years. In 2004, the Beslan school terrorist attack by Chechen separatists wearing suicide belts bombs killed 333 people and wounded over five hundred others – many children over a three day siege.

In Russia, civilians can own only hunting rifles and smooth bore shotguns and must undergo strict background checks. Local authorities say Roslyakov legally owned a shotgun and purchased 50 cartridges less than a week ago.