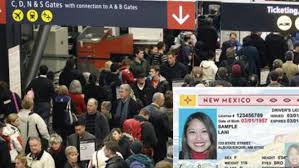 May 17, 2016 Illinois Secretary of State Jesse White announced major upgrades to the state of Illinois driver’s licenses and identification cards. Beginning in July, applicants will receive a temporary paper and a new license or identification will be mailed after a series of fraud checks to ensure the applicant’s identity. The enhanced security measures will bring the state of Illinois closer to achieving full REAL ID compliance, a federal mandate of the U.S. Department of Homeland Security.

The United States Department of Homeland Security website states that all U.S. residents traveling by air will be able to use a driver’s license, or any of the various other forms of identification accepted by the Transportation Security Administration (TSA) until January 2018. Unless you are a resident of a state that has been granted an extension on REAL ID compliance, after January 22, 2018, you must present an alternative form of identification acceptable to TSA in order to board a commercial domestic flight. Starting October 1, 2020, every air traveler will need a REAL ID-compliant license, or another acceptable form of identification, for domestic air travel.

The United States Congress passed the controversial REAL ID ACT in 2005, following a 9/11 Commission recommendation to take steps that would make it tougher to counterfeit government-issued IDs. The standards include verifying an applicant’s identity and conducting background checks on the state workers who issue driver’s licenses. Illinois is one of several states that boycotted the REAL ID ACT. Many Illinois lawmakers said more information on what REAL ID compliance entails and how the program would be funded were among the top concerns.

The Illinois Secretary of State’s office said the newly designed driver’s licenses and identification cards will be provided at no additional cost. In order to qualify for any federal funding, states are required to link their databases with every other states’ so as to “provide electronic access by a state to information contained in the motor vehicle databases of all other states.” According to the REAL ID ACT each state must:

In addition to the multi-billion dollar price tag for state governments, critics claim the mandate violates the privacy and civil liberties of American citizens. The Electronic Privacy Information Center (EPIC) and other civil liberty groups have called for the repeal of what they describe as an ill-conceived national identification law. The information collected from American citizens is entered into databases that are vulnerable to hackers and could be used to track law-abiding U.S. citizens.

The classic federal vs. state supremacy power struggle is detailed in “Identity Crisis: How Identification Is Overused and Misunderstood,” authored by Jim Harper, director of information policy studies at the free-market Cato Institute and a member of the U.S. Department of Homeland Security’s Data Privacy and Integrity Advisory Committee. In the book, Harper contends that the REAL ID Act is a poor way to secure the country or its citizens.

“The REAL ID Act represents a transfer of power from individuals to institutions, and that transfer threatens liberty, enables identity fraud, and subjects people to unwanted surveillance, Harper said.”

In The Real ID Act: Privacy and Government Surveillance, author William Eyre argues the new American surveillance system, including the REAL ID ACT — erodes personal privacy and creates a threat to privacy and autonomy from both criminals, the government, and due to insider abuse of data.