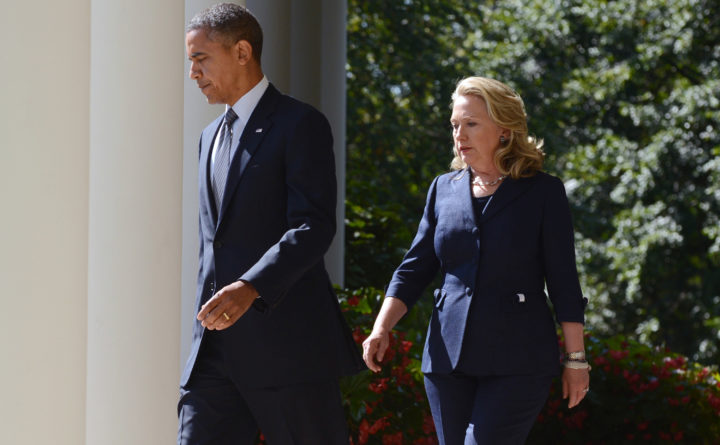 The Secret Service confirms that a similar package addressed to former President Barack Obama was intercepted in Washington, D.C. on Wednesday morning.

NBC New York reports that the explosive device found at the Clinton’s Chappaqua home is similar to a mailbox bomb found late Monday at the suburban New York home of liberal philanthropist George Soros, who has been denounced by President Donald Trump. Soros was not home at the time. Due to his support for a number of liberal causes, Soros has recently been the target of right wing conspiracy theories and anti-Semitic attack. Laura Silber, a spokeswoman for Soros’ Open Society Foundations, blamed the country’s toxic political environment.

“The hateful rhetoric that dominates politics in the U.S. and in so many countries around the world breeds extremism and violence,” Silber said in a statement. “In this climate of fear, falsehoods and rising authoritarianism, just voicing your views can draw death threats.”

A New York Police Department spokesperson said as a precaution counter terrorism officers were examining all Soros-connected sites in the city.

In a statement, the U.S. Secret Service said suspicious packages addressed to 2016 Democratic presidential nominee Hillary Clinton and former President Barack Obama were discovered during “routine mail screening procedures as potential explosive devices and were appropriately handled as such.”

No one was injured in any of the incidents. Check back for details in this Breaking News story.