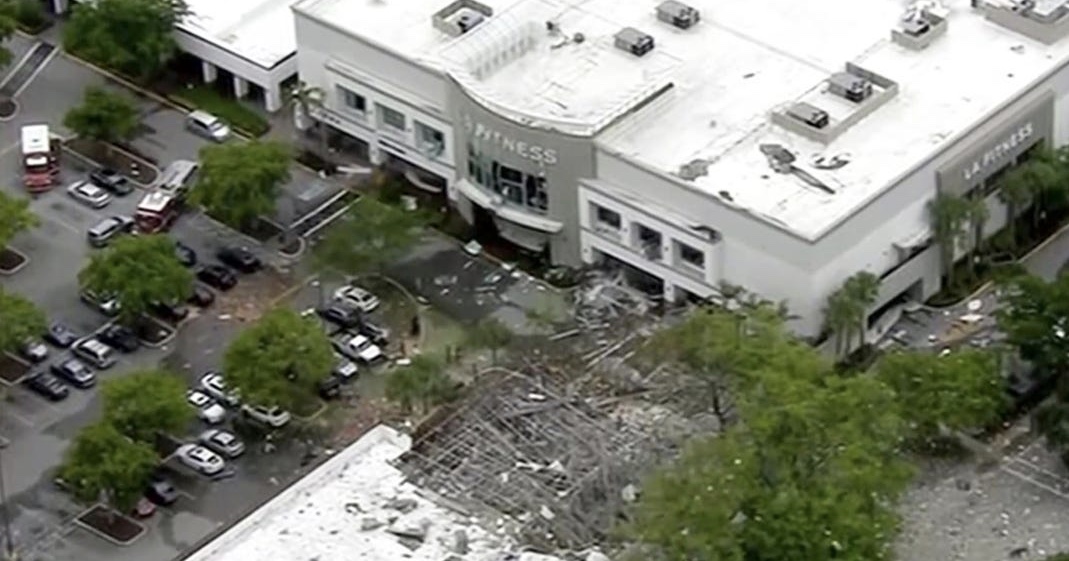 July 6, 2019 Plantation Police and crews from several South Florida fire departments on Saturday responded to reports of a explosion at a shopping center. The cause of the blast is unknown.

Local news station WPLG reported that the explosion occurred at The Fountains Mall in Plantation, near Fort Lauderdale. Video footage showed firefighters responding to a blast at the mall. A section of the shopping mall sustained significant damage, with shattered windows and scattered debris. A man is heard saying in a video sent to the news station “a bomb just went off.”

Fire departments from Plantation, Davie, Lauderhill, Coral Springs, as well as Broward Sheriff Fire Rescue all responded to the blast. Fire crews initially had trouble getting close to the scene because of debris blocking the access roads to the two adjacent shopping centers, Fountains Plaza and the Plantation Marketplace.

A triage area was set up. All roads leading to the shopping center are closed and the businesses in the mall have been evacuated.

Early reports indicated the blast was caused by a gas leak. Authorities say while ruptured gas lines were found in the rubble, it has not been confirmed as the cause. The origin of the blast is also not known.

The Florida state fire marshal, other local agencies and the federal Bureau of Alcohol, Tobacco, Firearms and Explosives are investigating the cause.

Worldwide, shopping malls are popular targets for terrorist attacks. In recent years, police have uncovered plots to carry out attacks on U.S. shoppings malls—including the Mall of America. Shopping malls are attractive to terrorist organizations because security is lax and large crowds often congregate, providing opportunity to cause mass casualties.

Check back for more details in the Fountains Shopping Mall blast