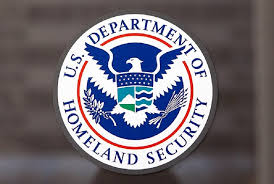 July 1, 2019 The U.S.Department of Homeland Security is warning that white supremacists and other political radicals may be plotting Independence Day attacks.

A joint DHS/FBI bulletin delivered to state and local law enforcement agencies across the nation notes that domestic terrorists have attacked perceived oppressors, opponents, or enemies engaged in outdoor First Amendment-protected rallies or protests during past summers.

The bulletin, issued last Wednesday mentioned both domestic and homegrown threats to the United States. Potential soft targets listed in the bulletin include Independence Day celebrations, gatherings, or parades. DHS is not aware of any specific threat.

The FBI defines domestic terrorism as attacks carried out by individuals or groups inspired by or associated with primarily U.S. based movements that espouse extremist ideologies of a political, religious, social, racial, or environmental nature.

For the purpose of the latest DHS/FBI bulletin homegrown terrorism is defined as attacks inspired by overseas groups like ISIS or al-Qaeda rather than domestic issues such as hate crimes or white supremacy.

The FBI is currently tracking about 1,000 suspected “homegrown” terrorists inside the United States inspired by foreign terrorist organizations and about 850 suspected “domestic” terrorists. The agency has seen a large increase in domestic terrorism investigations involving white supremacists in the last year.