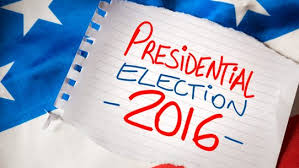 December 9, 2016 The CIA concluded after an unprecedented secret assessment of an U.S. presidential election, that Russia intervened in the 2016 election to help Donald Trump win the presidency, rather than just to undermine confidence in the U.S. electoral system.

The Washington Post reported on Friday that U.S. Intelligence agencies have identified individuals with connections to the Russian government who provided WikiLeaks with thousands of hacked emails from the Democratic National Committee and others, including Hillary Clinton’s campaign chairman. The unnamed officials described the individuals as actors known to the intelligence community and part of a wider Russian operation to boost Trump and hurt Clinton’s chances.

Senate Republican leaders say they are preparing to launch a coordinated and wide-ranging probe into Russia’s alleged meddling in the U.S. elections and its potential cyber threats to the military.

U.S. President-elect Donald Trump has downplayed any notion that Russia had any role in the November elections or the breaches of security to the Democratic National Committee emails—a week before the Democratic National Convention in July. Trump said he was joking when he called on Russian hackers to infiltrate Hillary Clinton’s e-mails prior to the incidents. Trump has publicly praised Russian President Vladimir Putin calling for a foreign-policy approach more sympathetic to Russia.

In the weeks following the DNC hack, top democrats accused the Russian government of leaking email documents in an apparent attempt to influence the election. Trump previously called on Russian hackers to infiltrate Hillary Clinton’s e-mails and has publicly praised Putin, calling for a foreign-policy approach more sympathetic to Russia. Following the 2016 Presidential Election, computer scientists urged Hillary Clinton to challenge the election results, claiming they found evidence that vote totals in the three states, Wisconsin, Michigan and Pennsylvania could have been manipulated or hacked.

In a joint statement in October, the U.S. Department of Homeland Security and Office of the Director of National Intelligence on Election Security announced:

“The U.S. Intelligence Community (USIC) is confident that the Russian Government directed the recent compromises of e-mails from US persons and institutions, including from US political organizations.”